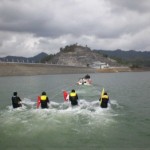 Wonorejo dam is a dam located in the Wonorejo village, District Pagerwojo, Tulungagung regency, East Java, Indonesia. The location from the city center is expected as far as 12 kilometers. With a capacity of about 122 million cubic meters, the Wonorejo Dam to be one of the largest dam in Indonesia, and even Southeast Asia.

Wonorejo dam was inaugurated in 2001 by the Vice President of Indonesia in that year, Megawati Sukarnoputri, built over nearly nine years since 1992.Wonorejo dam has an important function as a center of power and drinking water sources in the province of East Java. The dam also preventing flooding in Tulungagung who used to hit the city, along Neyama Dam in Besuki District. 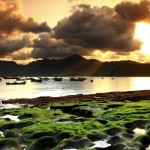 Popoh beach, a tourist attraction beach located in the Indian Ocean coast Tulungagung regency, East Java, Indonesia. This beach is one of the main Tulungagung attractions.

Popoh is located about 30 km south of the Tulungagung. Popoh located at the eastern end of South Mountain. Popoh beach is well developed by P.R. Retjo Pentung. Popoh access to the beach can be reached safely and comfortably through the asphalt road.

The bays create an unique atmosphere in it. The water is quite calm, breezy, and the beauty of the mountains surrounding the bay has become a major attraction of this beach. 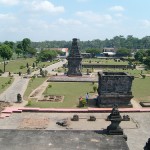 Candi Penataran or Candi Panataran or original name is Candi Palah is a group of Hindu Siawaitis religious temple situated in Penataran vilage District Nglegok, Blitar, East Java. Largest temples in East Java is located in the south western slopes of Mount Kelud, north of Blitar, 450 meters above sea level. Acording the inscriptions are stored in the temple, this temple was built during King Srengga of Kadiri Kingdom around 1200 BC and continued to use until the reign of Wikramawardhana, the King of Majapahit Empire around the year 1415.

In the book Desawarnana or Nagarakretagama written in 1365, this shrine temple called “Palah” visited by King Hayam Wuruk when he has trips around East Java. 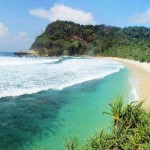 Brumbun beach is located in wewengkon Tulungagung next to the southern coast. This small beach is actually a bay that is still very natural. Opposite Popoh Beach which has been officially exposed as a tourism place.

Located about 35 km from the city center, Brumbun beach can be reached via the same pathway with Pantai Indah Popoh. 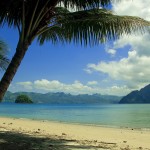 Karanggongso beach is located 3 km from the famous Prigi beach with white sand. Waves on the beach is relatively quiet, so it is suitable for swimming and bathing. Also there is a lot of trees grows along the beach.that makes the air became cooler in the daytime. 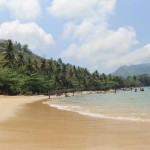 Although this beach are the place auction and processing of fish, but it has long beach and has the beauty which is unique compared with the karanggongso beaches whith white sandy. This beach has yellow sand. East Java Regional Government has developed this area as the largest fish auction on the south coast of Java island. So that economic activity in these areas increases. 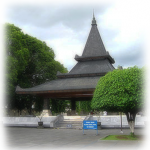 With the great gate facing south when you entering the funeral. The main building called the Dome Tomb of Bung Karno. With Joglo building style wich is Javanese traditional house. 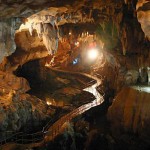 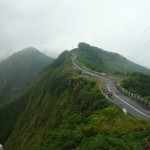 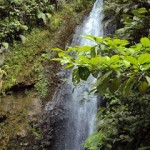